Home > Case Studies > I Was Not Cut Out for Sales: A Case Study

I Was Not Cut Out for Sales: A Case Study 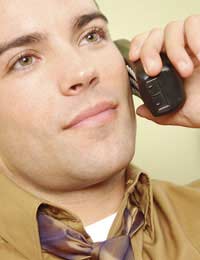 We spoke to Gerald Foscott*, a former sales marketing manager for a company in Scotland that manufactures and distributes paper products for cleaning, like kitchen towel and toilet paper. He came into the position after performing well in a team management position but in customer care rather than sales or marketing.

"I enjoyed the sales elements of the customer care position", Gerald explained, "so I thought the step up to managing the sales and marketing teams would be a natural progression, and so did my management team. I didn't expect it to be easy but I thought that the challenge would motivate and energise me."

That wasn't quite the way things turned out though. The company's clients were large chains of stores and service points and Gerald had been involved in sales visits in order to represent the professionalism and efficiency of the customer care team.

"I came across well on these visits, and enjoyed them too, so people around me thought I'd do well in a sales marketing position just as much as I did," Gerald explained, "but I didn’t realise that without the in-depth training and knowledge of the ins and outs of sales marketing I would flounder pretty quickly."

Sales Turns Out to be Different

When it came to selling the core product itself Gerald often found that he was almost paralysed by not being able to come up with the snappy answers to the customer's queries like the experienced sales and marketing people he'd been with in the past.

"It was almost as if you had to have two brains," he said. "One would be concentrating on talking to the client and listening to them. The other brain had to be monitoring what you and the client were saying and the other signals being given off, like body language and the sort of words they were using."

"This second brain then had to analyse where we were in the sales process, work out where we needed to get to next, then how to get there. I found I couldn’t do it, I would either miss what the customer was saying while I was trying to work out what to do next, or I'd get involved in what they were saying and give a natural response instead of an appropriate one for the sales process. It did my head in."

The close of sales used to cause problems too. Gerald found that years in customer care had trained him to empathise with customers' views, to be a representative of the customer into the company in order to get their problems resolved.

"With that head on I found myself agreeing to the customers objections and even though that was silently, in my own head, rather than out loud, it made it hard for me to counter any objections."

Back to Customer Care

In the end Gerald couldn’t take the stress of being unable to sell and took demotion to a sales administration role. He is now waiting for a suitable opening to arise in customer care.

"The company were pretty good about it really," said Gerald, "unfortunately they are the only sizable employer in the area so even if I could find another suitable role in another company I'd have to uproot my family and everything.

"I've been open with everyone in the company about what happened," he said, "and people don't seem to look down on me for failing. I just have to bide my time until I can get back on the customer care track again."

* names have been changed

Enter word:
Topics
Ask Our Experts...
Is This Career for You?...
Getting Hired...
On the Job...
Changing Employers...
Outside the Job...
Case Studies...
Site Information...